A lonely Saturday night on the Internet


Internet people are visual. I don't have a lot to blog about tonight; I really shot my wad with my Stephen King review last night.So instead I’m going to fill you in on what’s been going on. Just a little pause for station identification, if you will. Also, some funny pictures.

Someone in my son’s class has been making death threats. This is the fourth grade, so the kids are between 8-10 (my son’s nine). Someone found a note in her backpack. It said If you don’t stop talking to me I will kill you. This is the second such note.
Now, when I heard about this, I thought that teachers in my day would have brushed that under the rug and continued on with the lesson on General Frontenac. But my kid’s teachers (there are two in a job-sharing situation) are taking it very seriously. First, they worked out that only a student within the fourth/fifth grade split class could have written the note. Then they asked the class en masse for the culprit to come forward. If you come forward and confess, things will be much easier for you. You know they’re searching the faces of every single person in that class, looking for the slightest guilty tremor. But nothing; no dice.
The next step was a visit from the cops, and a lecture from those boys and blue about how serious it is to threaten someone with death. Each child has met the teacher alone for extra-special scrutiny: How do you think this person is feeling? How would you feel if you were that person? The final step: handwriting analysis. That’s right, they’re going CSI on a class of fourth and fifth graders. Each kid will have to submit some handwriting, and then the clock will start ticking. I doubt whoever did this was prescient enough to disguise his or her own handwriting. I also think that you could whittle down the pool of suspects by looking at the neatness of the handwriting: if it’s really neat, then a girl probably did it. I’m not being necessarily sexist: many of the student assignments are posted on the wall outside class, and the girls always have neater handwriting.
I’ll keep you posted on the elementary school death threat situation, but in the meantime, some funny pictures. Because the internet has to have its dopamine fix, its visual stimulation, and its flashy and funny things. 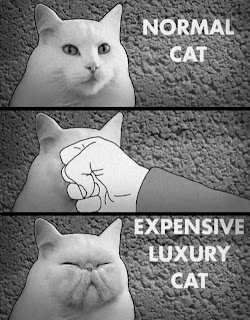