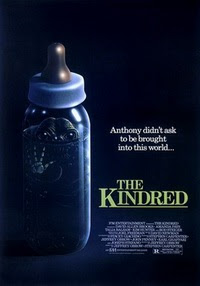 Does anyone remember video stores?


I don't mean DVD; I mean VHS cassette rental stores. Before blockbuster, there were many of them. Some of them were even privately owned, if you can believe that.

Back then, in the mid-eighties, we weren't able to order something off the internet. We had to walk, take the bus, or get on our bikes to find a movie to watch. We would rent two or three with pooled money, stop at a grocery store to buy snacks, and ride home with them dangling off the handle bars in plastic bags that threatened to rip open, for we had yet to learn that plastic bags were bad. No, it wasn't that bad. It was actually kind of nice.


If you wanted Romance, Drama, Family, or comedy, you could find that in all the rows that went up and down the store. That was fine; that was easy - just mosey up and down until you found something that was available (it wasn't always available and sometimes you had to do with something else, horror of horrors), or something that everyone agreed was worth trying.


But if you wanted horror, you had to go to a special booth set up in the corner. Often plastic and paper-mache ghouls had been plastered all over it, or dozens of grey little tombstones. You'd walk in, aware that light from the regular world was filtering in through the little slits in the booth's corners, and choose.


It wasn't just eighties horror that was available. There was the older stuff from the sixties and seventies, as well. Andy Warhol's Frankenstein ("To find life you must fuck death… through the GALL BLADDER!"), Andy Warhol's Dracula, The Claw, The original Night of The Living Dead. For the eighties there were the Nightmare on Elm Street movies, All the Howling movies, Child's Play, The Evil Dead movies, Phantasm II( for some reason the first one was never around. Ever). If you were lucky, or perhaps unlucky, you'd very occasionally come across a video store stupid enough to rent you one of the famous Italian 'holocaust' movies, such as Cannibal Holocaust, which was so impossibly gross and and yet low-budget that to this date many people think it's a genuine snuff film. My mother would have had me committed and my friends arrested if she knew some of the things we had been watching.


This was my adolescence. While it was not technically advanced as today's internet, Netflix, get-what-you-want-when-you-want-it, I loved it. We were still able to have fun, to get into trouble. If you did something secret, it stayed secret because it never went electronic. If you didn't want to answer the phone, you let it ring and the person bothering you gave up.


This was the eighties. There is way more, and when I'm in the mood I'll tell you more. For the latest generation, it's just as exotic and alluring as the sixties, and perhaps it's not the hairsprayed, velcro, paisley embarrassment I used to think it was.